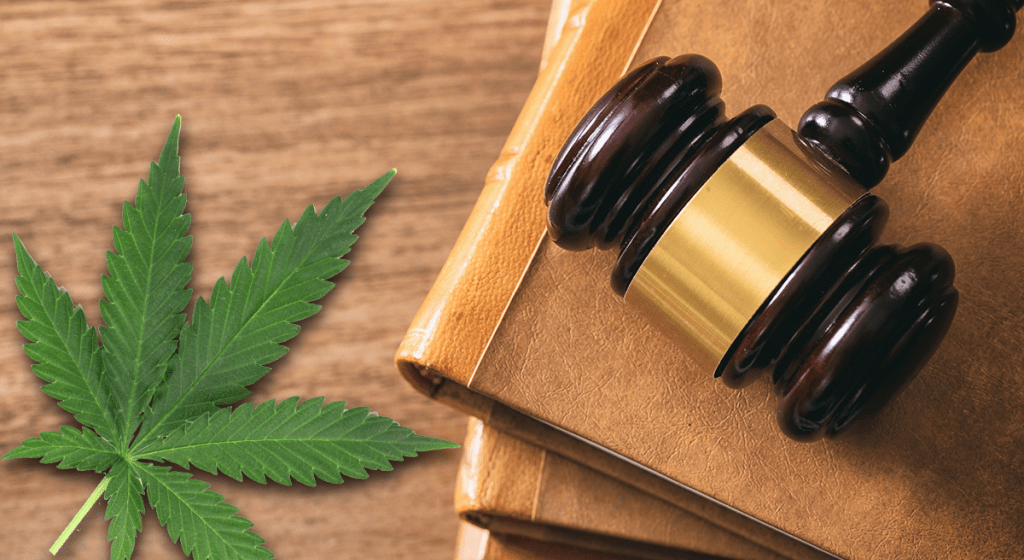 Legalizing hemp may also be important for scientists who want to study CBD’s effects.

CBD, the non-psychoactive cannabinoid of marijuana, has become a popular ingredient lately. Proponents claim it can soothe anxiety, stress, pain, and insomnia without getting consumers high, and you can now find it in everything from moisturizers, lattes, and vitamins to cookies, gummies, teas, beer, ice cream, massage oils, and dog treats.

And CBD just got a big boost thanks to US lawmakers. On Thursday, President Trump signed into law the farm bill, which contained a provision legalizing hemp, a species of cannabis that CBD can be extracted from but that isn’t psychoactive.

Historically, hemp has been illegal to sell or grow in the US, although it’s legal to buy from international sources. Hemp has commonly been used as a material for carpets and sweaters — it’s the main material of Baja hoodies, those textured pullovers dubbed “drug rugs” and typically associated with stoners.

With hemp’s legalization, CBD is bound to become even more visible. Its legal status remains unclear — the Drug Enforcement Administration classifies CBD as illegal, although it doesn’t go after anyone using or possessing it, and it hasn’t said if it will reclassify CBD now that hemp is legal. The Food and Drug Administration still considers it a drug, and therefore categorizes it as illegal to be put in foods and or health products without its approval. After the hemp legalization bill passed, FDA Commissioner Scott Gottlieb issued a statement saying that the FDA’s opinions had not changed, and that CBD companies must obtain approval from the FDA.

“Selling unapproved products with unsubstantiated therapeutic claims is not only a violation of the law, but also can put patients at risk, as these products have not been proven to be safe or effective,” Gottlieb wrote. “At the same time, we recognize the potential opportunities that cannabis or cannabis-derived compounds could offer and acknowledge the significant interest in these possibilities. We’re committed to pursuing an efficient regulatory framework for allowing product developers that meet the requirements under our authorities to lawfully market these types of products.”

According to the Associated Press, the FDA has already started cracking down on companies selling CBD products, sending them warning letters in late December. But if the companies are able to get FDA approval, it will have big implications for the burgeoning CBD industry.

Legalizing hemp will be a big jump for the CBD industry

Historically, hemp has not been used as a drug. It has less than 0.3 percent of THC, the psychoactive cannabinoid that gets consumers high, and instead has typically been used for industrial products like paper and textiles. But since 1970, the Controlled Substances Act has categorized all forms of cannabis plants, hemp included, as a Schedule I drug, making it illegal to grow and sell in any form.

Now, marijuana legalization is making strides in many places around the US; it’s legal for recreational use in 10 states and for medical use in 33. Marijuana — aptly rebranded as cannabis to veer away from the stoner type — is becoming more mainstream, even moving into the luxury and wellness markets.

As Vox’s German Lopez notes, the move toward hemp legalization is less about removing the stigma of cannabis than about the economic benefits of legalizing marijuana. Hemp’s legalization will give farmers a major opportunity with a new and friendly crop. According to Leafly, the hemp plant “detoxifies the soil and prevents soil erosion,” and it “requires much less water to grow — and no pesticides — so it is much more environmentally friendly than traditional crops.”

According to Lopez, “farmers face several barriers to growing hemp due to federal prohibition — including restricted access to banking, water rights, and crop insurance. The bill removes these restrictions, putting the US Department of Agriculture and state agencies in charge of regulations.” Senate Majority Leader Mitch McConnell, who pushed for the bill, believes hemp could replace cash crops like tobacco in his home state of Kentucky.

The opportunity isn’t just for farmers. The DEA’s lackadaisical approach to CBD helped the CBD industry sell about $350 million worth of products last year, and experts believe it will easily hit $1 billion in sales by 2020. Hemp’s legalization will likely spur this growth and could help shed light on the poorly regulated industry.

While purveyors of CBD products proclaim its healing powers, industry experts are also skeptical about all the claims. Some researchers have even called the CBD boom a farce, comparing it to a “snake oil scam.”

On the other hand, now that hemp isn’t being policed like cannabis, researchers will have better access to CBD in order to study it.

“There is a huge void of research in terms of confirming most effective dosing for various symptoms, so most of this is done by trial and error and self-titration,” Eric Baron of the Cleveland Clinic Neurological Institute, who has written several papers about the effects of THC and CBD on headaches, told Vox in November. “Unfortunately we are nowhere near close to having any definitive trials on effectiveness for most symptoms claimed to benefit from CBD with trials that are scientifically relevant, such as prospective randomized placebo-controlled trials.”

With the growing and selling of hemp now legal, greater access to CBD could mean more substantial trials and more definitive research into its purported health benefits. And it will certainly be a boon to the CBD industry.