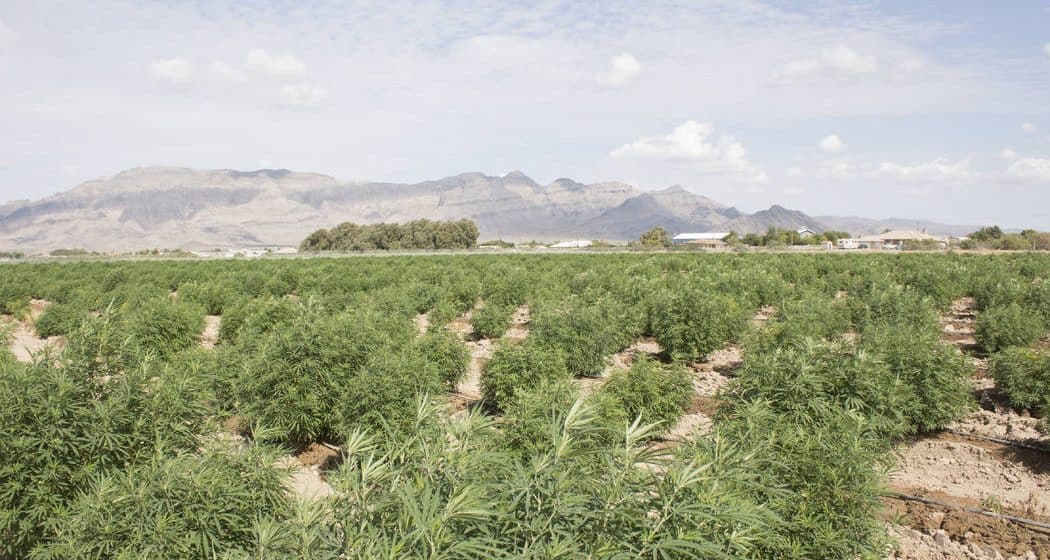 But while the Bluegrass State’s business climate is ideal for hemp, its actual climate is not. It’s a cool weather crop, growing best in regions with short days and dry, slightly alkaline soils: conditions that can be found in Wyoming.

Several Wyoming lawmakers believe the Cowboy State could eventually beat out Kentucky as the ideal place to grow industrial hemp: a fibrous and strong variety of the Cannabis sativa plant that some believe could be the future of American agriculture. The global market for industrial hemp, according to a report by business consulting firm Grand View Research, was estimated at $3.9 billion in 2017 and, over the coming decades, is expected to grow significantly thanks to provisions in the federal Farm Bill passed in 2018, which removed industrial hemp’s status as a controlled substance.

On Thursday, the House Agriculture Committee will be meeting to discuss a new bill, House Bill 171, that Loucks is sponsoring with a bipartisan group of 23 lawmakers. The legislation, in accordance with the new Farm Bill, creates a state-level regulatory framework for local producers to grow industrial grade hemp.

Rep. Eric Barlow, R-Gillette, is co-sponsoring the bill. He said the bill could mark the beginning of a new “made in Wyoming” brand for the state at a time where most hemp products marketed in the United States actually originate outside of the country.

“We get to open a new chapter in Wyoming,” he said. “It’s a big step for economic opportunity for the agricultural community, and then we can talk about the related products with that.”

The effort to build a framework for hemp actually began in the 2017 general session with House Bill 230. That bill came about after two agriculture students at the University of Wyoming reached out to Loucks, wanting to research hemp’s use as a forage for livestock. Several farmers Loucks knew from elsewhere said they couldn’t make a profit anymore, because the worlds they worked in – wheat, barley – were already crowded and the prices, set.

The state’s growers needed access to a niche market, Loucks said, that was compatible with Wyoming’s climate.

As it turned out, hemp was the perfect crop; one that grew well in Wyoming and offered a means to diversify the state’s agricultural sector in an organic manner while also putting farmers and ranchers in the driver’s seat.

“For a lot of commodity crops, if you’re a farmer, you’re a price taker, not a price setter, unless you’ve carved out some niche market,” said Hunt. “This opens up another door for example, for ranchers, so you’re not having to completely convert over to a farming operation, which would be a huge shift and a major cost.”

However, the 2017 bill was written off of much more stringent requirements for growing hemp, and access to that niche market remained exclusive as hemp remained on the Schedule I controlled substance list along with drugs like heroin and hemp’s psychoactive cousin, marijuana.

In short, leaving hemp on the Schedule I list was like considering something like kombucha – which has trace amounts of alcohol but anyone can buy – on the same scale as beer or wine.

“The marijuana that you buy to get stoned on is 25 to 35 percent THC,” said Loucks. “You could smoke this stuff (hemp) until your throat is sore, but all it’s going to do is make you sick. This is a message we want to be sent.”

If passed, any farmer can spend $500 to apply for a state license to begin to grow hemp. If the license is granted, the farmer must adhere to the producer’s standards set by federal law – including remaining below a certain THC threshold and using a specific “clone” of a hemp seed that maintains the genetics of a certified plant.

However, Hunt said, the regulations in the bill are lenient enough that if a farmer’s plant does test above the legal threshold, the plant will not have to be destroyed. Instead, he said, it could be bailed up or ground into feed for cattle.

“There’s options,” said Barlow. “We don’t have to go medieval on it and burn it.”

The State Department of Agriculture, which will oversee the program, will likely need to hire or contract out for personnel to enforce these restrictions, Barlow said. However, the standards they enforce would be much less restrictive than the current law under the bill.

Though the immediate economic benefit of the program is currently unclear, the bill’s sponsors believe that the potential market for hemp in Wyoming has swaths of untapped potential. By becoming an early adopter, Loucks said, the state stands poised to put itself in a more dominant position as the industry evolves.

“Without this legislation, we put our farmers at a competitive disadvantage,” said Senate Minority Leader Chris Rothfuss, D-Laramie, another co-sponsor. “The only way we can meaningfully engage is if we do take control, we accept primacy, and we regulate. That will make it easier for our producers to engage meaningfully in the market. We know that other states will just proceed and move ahead.”